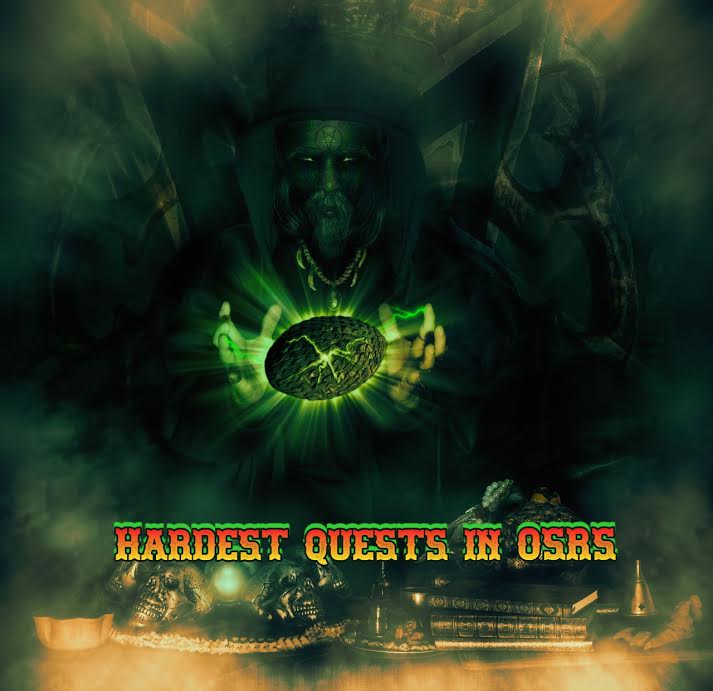 If you are looking to challenge yourself with the hardest quests in OSRS, then here are a couple of choices for you.

Old School Runescape does a fantastic job of providing players with a lot of diversity in the game. This is true even where quests are concerned. The quests in OSRS have a wide range of variety to them. They vary in length, difficulty, and how much investment of OSRS gold they need.

As far as the choices that we have for you today of which are the most difficult quests that there are available in OSRS, there is going to be a lot to prepare for. You may consider looking into the option to buy OSRS gold to get the equipment you need. If this is the case, make sure that you are using a reputable source that has OSRS gold for sale. It isn’t just about whipping out your Twisted Bow and storming your way through dungeons. OSRS quests often task you with planning ahead, exercising patience, and having a wealth of tools at your disposal to help you through it.

You have five choices when it comes to difficulty levels, ranging from Novice to Intermediate, Experienced, Master, and Grandmaster. If you want to challenge yourself with Grandmaster quests, then you have the choice of either Dragon Slayer II and Monkey Madness II. It is worth mentioning that there are a lot of requirements for you to fully prepare for these two quests.

Dragon Slayer II takes place 30 years after the first quest, which was released at the turn of the century in 2001. This follow-up pays tribute to the first outing in a number of ways and will see players journeying far and wide in an epic adventure.

As for Monkey Madness II, this is also a sequel to a popular quest that was initially enjoyed by many. There is a lot more for you to do in this quest compared to the previous, so you’ll need to make sure that you are prepared to take on a lot more than before.

The first of these quests we will be discussing is Mourning’s End Part II. This is considered to be the hardest quest in the entirety of the game. The requirements and OSRS GP needed may not seem all that daunting at first. The difficulty lies within the puzzles that you will have to solve, which are by no means an easy task.

This quest is the last in the Elf series of quests, and it certainly proved to be a fitting end by the difficulty you are presented with. By completing it, you gain two quest points and 20,000 Agility XP. You will also get a Crystal Trinket, a Death Talisman, plus access to Dark Beasts and being able to craft death runes as well.

Those who don’t feel like Mourning’s End Part II is the hardest will argue that Regicide takes the crown for the most difficult quest in Old School Runescape. Whichever your preference, this is still a mighty task for you to take on.

As the name suggests, you will be tasked with taking down King Tyrass. The challenging part of this quest is having to take down the power level 110 Tyras Guard. If you are ready to take on a fight such as this, as well as level 56 Agility plus level 10 Crafting, then you will be ready for taking on this quest.

Of course, the subject of the definitive hardest quest is a hot topic for debate amongst the OSRS community. It comes down to your approach to the game and ultimately what aspects of the game you find harder than others. That said, if you are looking for quests to challenge yourself with, there are certainly a wealth of choices to choose from. With a number of difficult levels to choose from, there are plenty of OSRS quests for you to participate in. Just make sure, you are approaching the harder OSRS quests, then take the necessary requirements with you. This may mean a hefty investment of OSRS GP, but in the long run, you can expect to get through the tougher OSRS quests much easier with this approach.

Whichever quest you decide is the hardest, you are bound to be challenged enough by the good folks over at Jagex.

Have you tried out these hardest quests in OSRS? Which of these quests do you think is the hardest? Let us know your thoughts in the comments section below!