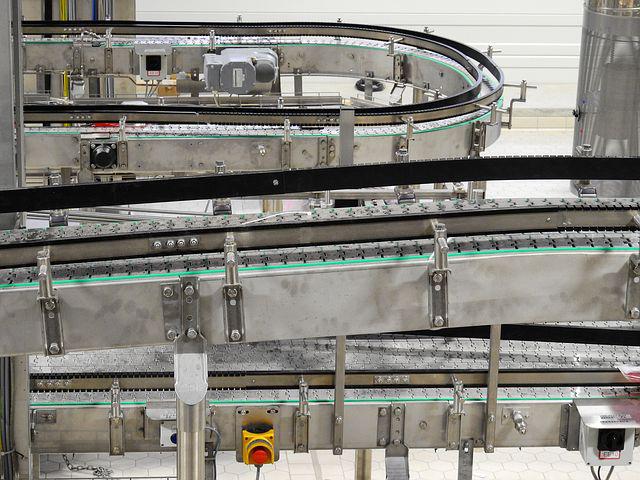 Belt conveyor is a mechanical device that relies on the friction of the belt to transmit objects. It is mainly composed of conveyor belt, roller, driving roller, head frame, middle frame and tail frame, as shown in Figure 1. Belt conveyor is widely used in coal mining because it can realize the continuous transportation of objects. However, due to the harsh downhole environment and heavy transportation tasks, belt conveyor will occur various failures. Below, the common faults of belt conveyor will be analyzed in detail, mainly including driving motor failure, belt failure and support rod failure.

The roller is used to provide sufficient friction for the belt machine. In the running process of belt conveyor, the roller on the belt conveyor is easy to be damaged. The specific problems caused by the failure of the supporting wheel mainly have the problems of the belt machine running off, spreading materials. The roadway where the belt conveyor is located is relatively closed and dusty, which is easy to lead to the accumulation of a large amount of dust on the shaft of the roller, making the roller locally stuck. After the idler stuck, the belt cannot provide enough friction, which makes the belt in the local convex, easy to spread the problem. If a large number of gravel is stuck on the supporting rod, the height of the two ends of the supporting rod is inconsistent, and it is easy to appear the problem of belt machine running off. After the belt machine runs off the track, the material is very much, which is difficult to clean up in a short time.

After the failure of the driving motor, the belt conveyor will automatically stop running. At this time, the drive motor should be checked: a) close to the drive motor with nose smell, if you smell a mushy smell, check whether the motor is burned inside; B) Check the bearing of the driving motor to see whether there is a bearing fracture problem; C) Beat the shell of the motor with a wooden stick to check whether there is a loosening problem. The motor burnt out is difficult to repair, the damaged motor should be replaced. When replacing, it is necessary to estimate the load of the transmission line and belt conveyor of the motor and rule out the cause of motor burning one by one. For the problem of bearing fracture, the service life of the motor bearing should be checked first, and then the shape of the port should be checked to replace a new bearing. For the screw loosening problem inside the motor, the loosened position should be checked and reinforced.

The key point of belt fault treatment is to how to repair the broken belt. In case of belt breakage caused by aging, all belts should be replaced immediately. For the belt fracture caused by loosening of the connection, the fracture should be cut flat and the connection should be made again, and the polyurethane should be used to reconnect. For the broken zone caused by rock block damage, the broken zone should be cut off and notch connection should be made again. As for the lack of belt tension in the process of belt operation, the belt should be tightened. In addition, corresponding measures should also be taken to avoid belt burning can monitor the local temperature of the belt, to take local cooling measures, such as sprinkling. For the skidding problem in local areas, the right amount of fly ash can be scattered at the supporting rod.

It is difficult to find roller failure in the actual operation process, because the failure of the roller does not directly affect the operation of the belt machine. In order to find the fault of the roller in time, we should pay attention to the location of the material on the belt machine. In addition, it is necessary to carry out a comprehensive inspection on the supporting stick regularly, mainly through a special tool to move the supporting stick, to check whether it is stuck. For the stuck stick, it should be immediately removed to check the cause of the fault. If a foreign body is stuck, you can remove it by cleaning it. If the fault is caused by wear, it can be solved by replacing the belt.

Belt conveyor is an important auxiliary transportation equipment in underground coal mine, its normal operation is related to the smooth progress of coal mining. Due to the harsh environment of coal mine, the key components of belt conveyor will fail, mainly driving motor, belt and drag roller failure. For the faults of each key component, there are differences in handling methods. The main idea is to find out the cause of the fault and then rectify the fault. The research can provide some technical reference for fault treatment of coal mine belt conveyor.